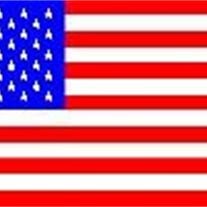 Hamlet - William G. (Bill) Jones, 85, of Lehigh Acres, FL, formerly of Hamlet, passed away May 28, 2014 in Ft. Myers, FL. In 1949 in Hamlet, IN, he was married for 49 years to the former Dolores Cassady, who preceded him in death. He was also preceded in death by daughter, Linda Noonan Wallace. Survivors include two daughters, Pat Doud of LaPorte, IN and Diane (Hugh) West of Minneapolis, MN; six grandchildren; 11 great-grandchildren; four brothers, Les Jones of Flint, MI, Dick (Nancy) Clark, Mike Clark, and Jeff Clark, all of Hamlet; and sister, Jo (Steve) O'Hime of Hamlet. Bill was a U.S. Air Force veteran of the Korean War. He was a graduate of Union Township High School and was a heavy duty mechanic and worked on the development of roadways in and around Naples, FL. He was a member of the Eagles in Golden Gate, FL, the Moose Lodge in Knox, the Hanna American Legion and the PNA in LaPorte. Funeral services will be Monday, June 9, 2014 at 2:00 p.m. (Central Time) in Rannells Funeral Home, Hamlet Chapel. Burial will follow with Military Honors at the Fletcher Cemetery, Hamlet. Friends may call Monday from 12:00 noon to 2:00 p.m. CT at the funeral home. In lieu of flowers, memorial contributions may be given to the American Cancer Society.

The family of William G. Jones created this Life Tributes page to make it easy to share your memories.

Send flowers to the Jones family.