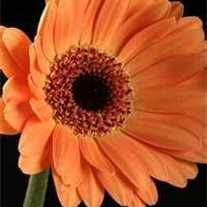 UNION MILLS -Walter Prater, 66, passed away Saturday, October 8, 2011 in Wintersong Village, Knox, IN. Walter was born September 11, 1945 in McGoffin County, KY to Henry and Rosie (Thacker) Prater and lived here 30 years, coming from Kentucky. He was married to Linda Owens, who preceded him in death. He was also preceded in death by his son, Jason; daughter, Carla; three brothers, Lacy, Burl and J.B and two sisters, Jane Jansinski and Myrtle Fletcher. Survivors include one son, Walter Jr. of Sullivan, IN; two daughters, Kimberly Prater of Sullivan, In and Syerra Prater of LaPorte; one step-son, Marty Prater of Sullivan, IN; one brother, Henry Prater Jr. of Knox and several grandchildren. He was a former employee of DH&R Fertilizer of Kingsbury and past owner of J&J's Bar & Grill in Kingsford Heights. A graveside service will be held Tuesday, October 11, 2011 at 12:00 Noon (Central Time) at Tracy Cemetery. Rannells Funeral Home is handling arrangements.

The family of Walter Prater created this Life Tributes page to make it easy to share your memories.

Send flowers to the Prater family.