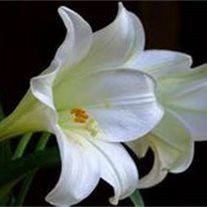 WALKERTON-Wallace Clanton, 89, passed away Saturday, April 16, 2011 in Millers Merry Manor, Walkerton, IN. Mr. Clanton was born February 16, 1922 in Polar, TX to J.T. and Hattie (Jones) Clanton and lived in the Walkerton area for forty years, coming from LaPorte. On November 14, 1942 in Wynn, Arkansas he was married to the former Juanita Smith, who preceded him in death in 1999. He was also preceded in death by his parents, one son, Ronald "Woody" Clanton, two brothers, one granddaughter and one grandson. Survivors include: three daughters, Carol Roden of Koontz Lake, Connie Mills of LaPorte and Deborah (Bob) Harris of Fish Lake; one sister, Jettie Goodman of Rolling Prairie; three brothers, Mack Clanton of North Carolina, Clifton (Alice) Clanton of Stevensville, MI and Bill (Diane) Clanton of Huntley, IL; eleven grandchildren; twenty-seven great-grandchildren and six great-great grandchildren. Mr. Clanton was a former employee of Howmet Industries in LaPorte. A memorial service will be held Saturday, April 23, 2011 at 1:00 p.m. (Central Time) at the First Church of God in LaPorte. Friends may visit with the family Saturday at the church from 12:00 noon until the time of services. In lieu of flowers, memorial contributions may be given to the church or the Harbor Lights Hospice. Rannells Funeral Home, Koontz Lake Chapel is handling arrangements.

The family of Wallace Clanton created this Life Tributes page to make it easy to share your memories.

Send flowers to the Clanton family.