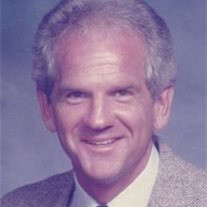 Tim Lee Gardner, formerly of Walkerton, Indiana, died in Fort Myers, Florida at the age of 65. He was born on September 2, 1948 to Bob and Lucille "Cille" Gardner who preceded him in death. He had one older brother, Terry, who died in l986. Tim grew up in the Walkerton area and graduated from John Glenn High School in 1966. He loved playing Little League and Babe Ruth youth baseball and being a pitcher for his high school baseball team. He was an avid Chicago White Sox fan. When he was 14 years old Tim entered a White Sox bat boy contest sponsored by the Chicago Daily Newspaper. Contestants were asked to write why they were a White Sox fan. Tim won first place out of 3500 entrants and served as a White Sox batboy for the entire 1963 baseball season with the following poem: "In fifty words I will tell you how being a batboy would be swell. I'll get a chance to see you play, and also earn a little pay. The best batboy I'd try to be; Efficient, Loyal, and Trustworthy, Win or Lose, 'Sox for me' A faithful fan I'll always be." That Sox team included Nellie Fox, Sherman Lollar, Pete Ward, and Jim Landis plus manager, Al Lopez. That year they finished in second place to the New York Yankees whose players included Mickey Mantle, Yogi Berra, Roger Maris, and Whitey Ford. Tim often commented that his world was immensely enriched by his experience as a batboy. Tim received his BS degree in radio/television from Indiana University. During his time on the Bloomington campus he was a walk-on for the IU baseball team and a member of the Acacia Fraternity. After college Tim's first job was as a news writer and broadcaster at radio station, WHBO, in Sheboygan, Wisconsin. The warm temperatures of Florida beckoned and he moved to Punta Gorda.He wrote sports stories for the Sarasota Herald-Tribune Newspaper for several years and then moved to Fort Myers where he was a sports writer for the Fort Myers News Press. In recent years he was a substitute teacher in the high schools of Lee County. Tim attended a Presbyterian Church in Fort Myers and traveled with a church group on a mission trip to South America several years ago. He enjoyed the French language, which he spoke fluently, bicycling to the beach, reading, listening to music, and cheering for his Chicago White Sox and Indiana University Hoosiers. Tim is survived by uncles, aunts, and many cousins and friends who will greatly miss him. Per Tim's wishes, there will be no memorial service. Because of his love of baseball, memorial gifts may be given to the youth sports organization where Tim played as a boy. Contributions may be sent to the following: Walkerton Park Department, Attn: Brittnie Whitaker, 71636 Walkerton Trail, Walkerton, IN, 46574.

Tim Lee Gardner, formerly of Walkerton, Indiana, died in Fort Myers, Florida at the age of 65. He was born on September 2, 1948 to Bob and Lucille "Cille" Gardner who preceded him in death. He had one older brother, Terry, who died in l986.... View Obituary & Service Information

The family of Tim Gardner created this Life Tributes page to make it easy to share your memories.

Send flowers to the Gardner family.