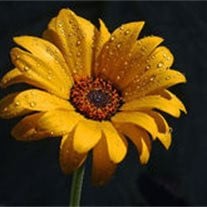 KNOX-Thomas P. McGrath, 88, passed away January 30, 2013 in Golden Living Center, Knox, IN. Mr. McGrath was born April 4, 1924 in New York, NY to Thomas and Catherine (Szczech) McGrath and lived in the area most of his life. On June 24, 1946 in Franklin, IN he was married to the former Jane Thomas, who preceded him in death in 2003. He was also preceded in death by his parents, four brothers and two sisters. Surviving are three daughters, Maggie (John) Rotering of Englewood, FL, Molly McGrath of Knox and Teri Ferguson of Zanesville, IN; three sons, Patrick (Mary) McGrath of Michigan City, Steve (Debra) McGrath of Lititz, PA and John (Joan) McGrath of Knox; sixteen grandchildren and twelve great-grandchildren. Mr. McGrath was a former assistant chief engineer at Westville Correctional Center. He was a U.S. Army Veteran of the 101st EVAC, serving in WWII. He was a member of St. Thomas Aquinas Catholic Church, Knox, the Knox VFW and Knox American Legion Post #131, the Knights of Columbus, the Knox Moose Lodge and was the past Starke County Recorder. Mass of Christian Burial will be Monday, February 4, 2013 at 11:00 a.m. (Central Time) at St. Thomas Aquinas Catholic Church, Knox. Burial will follow at the Bass Lake Cemetery. Friends may call Sunday from 4:00 p.m. to 7:00 p.m. and Monday from 10:00 a.m. to 10:30 a.m. at Rannells Funeral Home, Hamlet Chapel. In lieu of flowers, memorial contributions may be given to Golden Living Center, Knox.

The family of Thomas P. McGrath created this Life Tributes page to make it easy to share your memories.

Send flowers to the McGrath family.