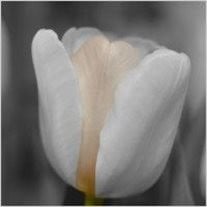 WALKERTON-Shirley Jean Rosander, 73, passed away Saturday, March 7, 2015 in Miller's Merry Manor, Walkerton, IN. Shirley was born March 19, 1941 in Beckley, WV to Ora and Margaret (Johnson) Giles. On March 19, 1992, in Tyner, IN, she was married to Dale Rosander, who preceded her in death in 2011. She was also preceded in death by her parents and three brothers, James Sheperd, Wayne Giles, and Gordon Giles. Survivors include her children, Rae Ann (Lowry) Harris of South Bend, John Lowry Jr. (Monica Wise) of Walkerton, Terry Lowry of LaPaz, Carl Lowry of Kansas, Tim (Sherry) Lowry of Plymouth, Lisa Roark-Patrick of Florida, Jerry (Tonya) Lowry of Murfreesboro, TN, Rejenna (Dan) Dunning of Plymouth, and Bobby Lowry of Nashville, TN; many grandchildren, great-grandchildren, and great-great grandchildren; and one sister, Loretta Danner of California. Funeral services will be Wednesday, March 11, 2015 at 1:00 p.m. Eastern Time in Rannells Funeral Home, Koontz Lake Chapel. Burial will follow at the Grovertown Cemetery. Friends may call Tuesday at the funeral home from 4:00 p.m. to 8:00 p.m. ET and Wednesday, one hour prior to the service. Memorial contributions may be given to the funeral home.

The family of Shirley Jean Rosander created this Life Tributes page to make it easy to share your memories.