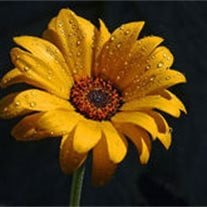 GROVERTOWN-Robert L. Spillman, 102, of Bluffton, OH formerly of Grovertown passed away November 20, 2010 in Bluffton, OH. Mr. Spillman was born November 14, 1908 in Lucas, Kentucky to James and Emma (Britt) Spillman and lived for five years in Bluffton, OH. On April 24, 1930 he was married to Fannie McGinnis who preceded him in death. He was also preceded in death by sons, Richard and James, step-son, Roger Formahals and brother James Earl. On June 7, 1975 he was married to Virginia Joiner, who survives. Also surviving are one son, Charles (Sue) Spillman of Joliet, IL; five grandchildren; five step-grandchildren, four great-grandchildren; five step-great grandchildren; two step-great-great grandchildren; one step-son, David (Sylvia) Pletcher of Bluffton, OH and one step-daughter, Sharon Formahals of Youngstown, OH. He was a lifetime member of the Highway Chapel Church of God, Hamlet and a retired from the Statesville Correctional Center, Joliet, IL where he was a Correctional Officer. Funeral services will be Wednesday at 2:00 p.m. (Central Time) at the Highway Chapel Church of God with Pastor Dan Allen officiating. Friends may call Wednesday at the church two hours prior to the service. Memorial contributions may be given to the church. Rannells Funeral Home, Hamlet Chapel is handling arrangements.

The family of Robert L. Spillman created this Life Tributes page to make it easy to share your memories.

Send flowers to the Spillman family.