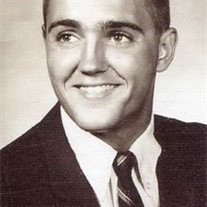 KNOX-Richard W. "Rick" White Jr., 58, joined his loved ones in heaven on February 8, 2011 after a valiant battle with cancer. He was born on September 14, 1952 in Knox to Dick and Phyllis (Martin) White and lived most of his life in Starke County on the family farm. He was a steelworker at LTV Steel for 22 years. Rick graduated in 1970 from Knox High School where he was a member of the football, wrestling and track teams. He received the Outstanding Lineman Award his senior year and was a Senior Class Notable for Most School Spirit. In retirement, Rick liked to attend Knox High School sporting events, follow his beloved Green Bay Packers and New York Yankees and garden. He was especially known for his beautiful flowers. Rick will be forever remembered for his generosity and ability to persevere despite losing a leg to diabetes, both of his parents to cancer and his younger brother, Tom, in a tragic accident just seven months ago. Though Rick had no children of his own, his niece, Haley White and his nephew, Brian Thompson, were like a daughter and son to him. Other surviving family members include his two sisters and a brother-in-law, Amy White of Carol Stream, IL and Lori and Mike Murphree of Knoxville, TN; his niece, Annie Murphree of Birmingham, AL and nephews, Adam Murphree of New York City and John and Mitchell Thompson of Knox; his aunts and uncles, Dick and Doris Martin of Plymouth, Barbara Bonner of Michigan City, Georgeann Martin of Las Vegas, Twyla White of Knox and Ed Scholz of Knox; many caring cousins; special neighbors, Kirk, Dolores, Brooke and Beau Bennett; and three loyal lifelong friends, Oscar Cowen, Bill Gustafson and Terry Miller. Funeral services will be Saturday, February 12, 2011 at 11:00 a.m. (Central Time) at Rannells Funeral Home, Hamlet Chapel. Burial will be at the Crown Hill Cemetery, Knox. The family will receive friends Friday from 4:00 to 8:00 p.m. and Saturday after 10:00 a.m. until the time of services. Memorial gifts in memory of Rick may be made to the Knox High School Athletics Boosters Club or the Knox Band Boosters, #1 Redskin Trail, Knox, IN 46534.

KNOX-Richard W. "Rick" White Jr., 58, joined his loved ones in heaven on February 8, 2011 after a valiant battle with cancer. He was born on September 14, 1952 in Knox to Dick and Phyllis (Martin) White and lived most of his life in Starke County... View Obituary & Service Information

The family of Richard "Rick" White, Jr. created this Life Tributes page to make it easy to share your memories.

Send flowers to the White, family.