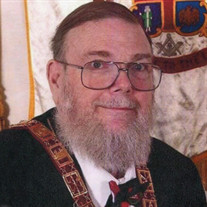 KNOX-Richard A. Lochner, M.D., 72, passed away at Starke Memorial Hospital, Knox, IN on Thursday, March 28, 2019. Dr. Lochner was born October 5, 1946 in Ft. Wayne, IN to Carl C. and Golda (Draggoo) Lochner and lived in the area for 12 years, coming from Arkansas. On August 23, 1969 in Kingston, IL, he married the former Marcia K. Uplinger. Survivors include his wife, Marcia; three sons, Joshua (April) Lochner of Bridgeman, MI, Ben (Sara) Lochner of Clark Summit, PA and Andrew Lochner of Knox; and two grandchildren, Chase Lochner and Harper Lochner. He was preceded in death by his parents. Dr. Lochner graduated from Ross University Medical School in 1998 and completed his residency in family practice in 2003. He was a practicing physician in Knox at the Knox-Winamac Health Center since September 2016. He was an Ordained Elder in the United Methodist Church in Indiana and attended Hamlet United Methodist Church. He was an amateur radio operator since 1971 and enjoyed making DX contacts. Dr. Lochner was a Boy Scout leader when his sons were in Scouts. He was a member and very active in Free & Accepted Masons, Knox Blue Lodge and served as Grand Secretary of the Grand Chapter of Royal Arch Masons State of Indiana. Funeral services will be Monday, April 1, 2019 at 6:00 p.m. CDT at the Hamlet United Methodist Church. Visitation will be Monday at the church from 2:00 p.m. to 5:30 p.m. CDT. A Masonic Service will be held Monday evening at the church at 5:30 p.m. Memorial contributions may be given to the Royal Arch Research Assistance, James B. Wall, Executive Director, PO Box 58070, Louisville, KY 40258. Rannells Funeral Home, Hamlet Chapel is handling arrangements.

The family of Richard A. Lochner M.D. created this Life Tributes page to make it easy to share your memories.

Send flowers to the Lochner family.