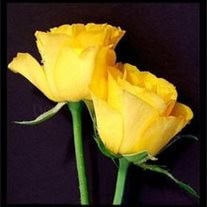 KNOX-Powell E. Mann, 80, passed away Monday, May 5, 2014 in his home. Powell was born June 9, 1933 in Salyersville, KY to Sherman and Sarah (Minix) Mann and lived in the area most of his life. On August 23, 1952 in Knox, IN, he was married to the former Sylvia "Sue" Hensley. Survivors include his wife, Sue; five children, Kathy Bahney of Warsaw, Vickie Heise of Frankfort, IN, Sherman Mann of Noblesville, Roger Mann of North Judson and Shaun Mann of Knox; 15 grandchildren; 12 great-grandchildren; two brothers, Donald Mann and Kermit Mann; and one sister, Wilma Jean Fletcher. He was preceded in death by his parents; one daughter, Karen Mann; and two brothers, Harold and Ray. Powell was a former employee of American Home Foods in LaPorte and a member of Shepard's Chapel. Funeral services will be Wednesday, May 7, 2014 at 3:00 p.m. CT in Rannells Funeral Home, Hamlet. Cremation will follow. Friends may call Wednesday from 1:00 p.m. to 3:00 p.m. at the funeral home. In lieu of flowers, memorial contributions may be given to Hospice Foundation, 501 Comfort Place, Mishawaka, IN 46545-5234.

The family of Powell E. Mann created this Life Tributes page to make it easy to share your memories.

Send flowers to the Mann family.