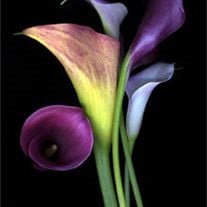 KOONTZ LAKE-Norma Jean Clevenger Lemley, 80, of Oregon, formerly of Koontz Lake, passed away June 22, 2010 in her home in Lebanon, Oregon. Norma was born September 17, 1929 in South Bend, Indiana to Harley and Elizabeth (Milner) Myers. She lived in Indiana throughout her childhood where she attended and completed her schooling. In addition to her work as a homemaker, she worked at several jobs outside of her home. She moved to Lebanon, OR in 1985 where she has resided until her death. Norma enjoyed gardening, doing crafts, sewing, oil painting and playing the piano, keyboard and accordion. Her joys were serving the Lord and cooking for friends and family. She attended the Old Time Religion Tabernacle in Lebanon and was a member of the Oregon Trail RV Club. Norma married Asa E. Clevenger on March 12, 1948. He preceded her in death in 1979. She later married Charles Lemley on January 22, 1994. She was also preceded in death by a daughter, Caroline "Kaye" Crum on January 8, 2006. She is survived by her husband, Charles of Lebanon; daughter, Diana Lobosky of Paoli, IN; brothers, Robert Myers of Lebanon and Harley (Shirley) Myers of Walkerton; eight grandchildren and eighteen great-grandchildren. Funeral services will be Friday, July 2, 2010 at 1:00 p.m. (Eastern Time) at Rannells Funeral Home, Koontz Lake Chapel. Burial will be at the Woodlawn Cemetery, Walkerton. Friends may call Friday from 10:00 a.m. until the time of services at the funeral home.

The family of Norma Jean Lemley created this Life Tributes page to make it easy to share your memories.