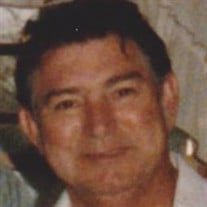 KNOX-Neveal L. "Neal" Mallory, 84, passed away Sunday, June 17, 2018 at his home. Neal was born December 21, 1933 in Muhlenberg, KY to Opal and Nellie (Faulkerson) Mallory and lived in the area most of his life. On September 11, 1978 in Knox, IN, he married the former Earnestine Sparkman, who preceded him in death. He was also preceded in death by his parents; brother, James Mallory; and sister, Linda Mallory. Survivors include one daughter, Anna Currie of Plymouth; four grandchildren, Larry Day, Jeff Day, Brian Day, all of Pensacola, FL and Michael Day of Mississippi; one step-daughter, Suzanne Kizlor of Valparaiso; three step-grandchildren; one sister, Marie Cain of Florida; and two brothers, Glen Mallory of DeMotte and Darrell Mallory of Crown Point. Neal was a retired employee of NIPSCO and a member of the Knox Moose Lodge. A graveside service will be held Tuesday, June 26, 2018 at 11:00 a.m. CDT at Eagle Creek Cemetery, Knox, IN. Rannells Funeral Home, Hamlet Chapel is handling arrangements. To leave online condolences, visit rannellsfuneralhome.com.

The family of Neveal "Neal" Mallory created this Life Tributes page to make it easy to share your memories.

Send flowers to the Mallory family.