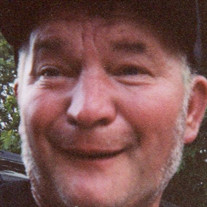 WALKERTON, Melvin Allen Dipert, 68, formerly of Tyner, passed away Tuesday, March 19, 2019 at Miller’s Merry Manor, Walkerton, IN. Melvin was born July 12, 1950 in LaPorte, IN to Floyd L. and Martha L. (Heck) Dipert and lived in the area all of his life. He was a member of the Walkerton Presbyterian Church, the North Liberty Masonic Lodge #266 F & AM, the Sons of the American Legion Post#189 of Walkerton and he attended Tyner United Methodist Church. Survivors include one son, Danny Dipert Gabriel of Mishawaka, one sister, Judy (Tom) Haag of Donaldson; two brothers, Leon (Sally) Dipert of LaPorte and Terry (Gayla) Dipert of Walkerton; four step-daughters, Jayne Stamberger of Mishawaka, Melinda Allen-Pogar of Mishawaka, Kristi White of Plymouth and Lynn Heck of Argos; along with several grandchildren, nieces and nephews. He was preceded in death by his parents; one brother, Lewis Dipert; and nephew, Keith Dipert. Funeral services will be Saturday, March 23, 2019 at 11:00 am EDT at Rannells Funeral Home, Koontz Lake Chapel. Burial will follow at the Woodlawn Cemetery, Walkerton. Visitation will be Friday at the funeral home from 4:00 pm to 8:00 pm EDT and Saturday one hour prior to the service. A Masonic Lodge Service will be held Friday at the funeral home at 7:30 pm EDT. Memorial contributions may be given to Shriners Hospitals for Children, 1900 Richmond Road, Lexington, KY 40502.

The family of Melvin A. Dipert created this Life Tributes page to make it easy to share your memories.

Send flowers to the Dipert family.