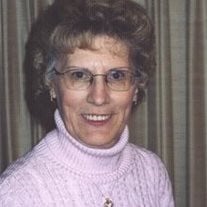 KNOX-Matelyn Tolson, 65, passed away Monday, July 19, 2010 in Pulaski Memorial Hospital, Winamac, IN. Mrs. Tolson was born November 4, 1944 in Tiptop, KY to Troy and Nanie (Clemons) Smith and lived in the area most of her life. On June 25, 2007 in Knox, IN she was married to Raymond Tolson Jr., who survives. Also surviving are one son, Robert Brewer of Elkhart; her mother, Nanie Joseph of Knox; four grandchildren; five great-grandchildren; three brothers Earl Smith of Knox, Arthur Manns of KY and Charles Smith of FL; four sisters, Linda Patrick of Knox, D.J. Fox of SC, Dulcine Hunnicutt of Knox and Barbara Robinson of Medaryville; one step-daughter and two step-sons. She was preceded in death by her father: one son, Dennis Ray Brewer; one brother, Troy Smith Jr. and one sister, Thelma Minix. Mrs. Tolson was a former employee of Eaton, Inc in Winamac and a member of the former Gospel Lighthouse Church of Plymouth. Funeral services will be Friday at 1:00 p.m. (Central Time) at the Highway Chapel Church of God, Hamlet with Pastor Dan Allen and Rev. Erve Bradley officiating. Burial will be at the Crown Hill Cemetery, Knox. Friends may call Thursday from 4-8 p.m. at Rannells Funeral Home, Hamlet Chapel and Friday at the church after 12:00 noon. In lieu of flowers, memorial contributions may be given to the American Cancer Society.

The family of Matelyn Tolson created this Life Tributes page to make it easy to share your memories.

Send flowers to the Tolson family.