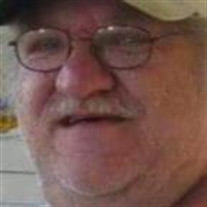 NORTH JUDSON-Mark K. Reed, 61, passed away Monday, December 23, 2019 at LaPorte Hospital, LaPorte, IN. Mark was born August 23, 1958 in Knox, IN to Floyd and Dovie (Troyer) Reed and lived in the area all of his life. On July 31, 2016 in North Judson, he married the love of his life, Lisa Bostain, after a long courtship of 33 years. Survivors include his wife, Lisa; two daughters, Melissa (Pete) Otroshko of Knox and Terri (John) Hurt of LaPorte; one granddaughter, Peyton Reed; four brothers, Richard Reed, Floyd (Vonda) Reed Jr, and Jeff (Rosemary) Reed, all of Knox and David Reed of North Judson; and three sisters, Shirley (Till) Goble of Eau Claire, MI, Maxine Masterson of Arkansas and Sheila Messer of Knox. He was preceded in death by his parents; three brothers, Joe, Greg and Bobby Reed; and two sisters, Pat Hazlett and Phyllis Barnett. Mark was a former employee of Galbreath, Inc. He adored his granddaughter. He loved his family, friends, fishing and baseball and was very active in the Relay for Life. Funeral services will be Saturday, December 28, 2019 at 2:00 p.m. CST at Rannells Funeral Home, Hamlet Chapel. Burial will follow at the Oak Park Cemetery, Knox. Visitation will be Saturday at the funeral home from 11:00 a.m. to 2:00 p.m. In lieu of flowers, memorial contributions may be given to the family.

The family of Mark K. Reed created this Life Tributes page to make it easy to share your memories.

Send flowers to the Reed family.