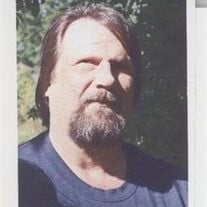 KNOX-Mark A. Lovins, 48, passed away Tuesday, April 6, 2010 in Porter Hospital, Valparaiso Campus, Valparaiso, Indiana. Mr. Lovins was born February 24, 1962 in Knox, Indiana to Charles and Wynona (Fletcher) Lovins Sr. and lived in the area all of his life. On April 28, 2002 in Knox, Indiana he was married to Rebecca May, who survives. Also surviving are one daughter, Amber (Cody) Rosinski of Knox; one son, Cody Lovins of Knox; one step-daughter, Jessica (Josh) Fawley of Winamac; one step-son, Bryon (Amanda) Parkerson of LaPorte; four grandchildren; one sister, Ramona Freet of Plymouth and three brothers, Gary (Tammy) Lovins of Knox, Charles (Debra) Lovins Jr. of Hamlet and Steve (Patti) Lovins of Anderson. He was preceded in death by his parents. Mr. Lovins was a previous employee of M.P.I. He was an avid Ford lover, especially mustangs and Ford trucks. Funeral services will be Saturday, April 10, 2010 at 2:00 p.m. (Central Time) at Rannells Funeral Home, Hamlet Chapel with Rev. Erve Bradley officiating. Burial will be in the Oak Park Cemetery, Knox. Friends may call Friday 4-8 p.m. and Saturday after 1:00 p.m

The family of Mr. Mark A. Lovins created this Life Tributes page to make it easy to share your memories.

Send flowers to the Lovins family.