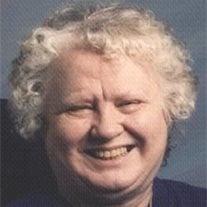 DELONG-Margaret L. Allen, 77, passed away Friday, July 16, 2010 in her home. Mrs. Allen was born November 23, 1932 in Chicago, IL to John and Mary (Wilson) Laffey and lived in the area most of her life. On February 4, 1950 in Bass Lake, IN she was married to the Pastor Floyd Allen, who survives. Also surviving are two daughters, Jewel (Larry) Ketcham of LaPorte and Barbara (Richard) Brown of Peru; two sons, Alan (Tina) and Patrick (Barbie), all of Delong; fifteen grandchildren; many great-grandchildren and great-great grandchildren; two brothers, Charles Laffey of Indianapolis and John Kane of Anderson and three sisters, Patricia Wentz and Mary Byer, both of Knox and Marlene Shaffer of Arizona. She was preceded in death by her parents, two sons, Timothy and Jeffery, four brothers and two sisters. Mrs. Allen was a homemaker and a founding member of the Pilgrim Gospel Lighthouse Church of Delong. She was the head of the Delong Christian Academy. She had many talents including; musician, poet, songwriter, teacher, painter, seamstress and she was a mother to many and was the matriarch of the church. Funeral services will be Tuesday at 1100 a.m. (Central Time) at the Gospel Lighthouse Church of Delong. Burial will be at the Crown Hill Cemetery, Knox. Friends may call Monday from 3-7 p.m. CT at Rannells Funeral Home, Hamlet Chapel and Tuesday at the church one hour prior to the service. In lieu of flowers, memorial contributions may be given to the church.

The family of Margaret L. Allen created this Life Tributes page to make it easy to share your memories.

Send flowers to the Allen family.