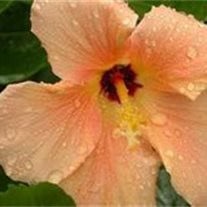 HAMLET-Linda R. Kuhns, 57, passed away Thursday, January 27, 2011 in St. Joseph Regional Medical Center, Plymouth after a sudden illness. Mrs. Kuhns was born July 23, 1953 in Indianapolis, IN to Raymond and Florence (Sutton) Bailey and lived in the area most of her life. On August 14, 1982 in LaPorte, she was married to Edward Kuhns, who survives. Also surviving are three daughters, Angelica (Travis) Fuemmeler of Marietta, GA, Jennifer Kirk of LaPorte and Ginger (David) Parent of Plymouth; one son, Tony of Hamlet, four grandchildren, Marcus Oyola, R.J. Hamby, Lita Fuemmeler and Charles Logan and three sisters, Ruth New, Elsie Keel and Mary Mumaw, all of LaPorte. She was preceded in death by her parents and two brothers, Charles and Stephen. Mrs. Kuhns was a former employee of Stelrema in Knox. She was a member of St. Matthew Lutheran Church of Hamlet. She enjoyed gardening and spending many hours a day on her computer. Funeral services will be Monday, January 31, 2011 at 12:00 Noon (Central Time) at St. Matthew Lutheran Church of Hamlet with Pastor Kyle Wright officiating. Burial will be in the Fletcher Cemetery, Hamlet. Friends may call Monday at the church after 10:00 a.m. until the time of services. Memorial contributions may be given to the church or Little Wish Foundation, PO Box 2023, Michigan City, IN 46361. Rannells Funeral Home, Hamlet Chapel is in charge of arrangements.

The family of Linda R. Kuhns created this Life Tributes page to make it easy to share your memories.

Send flowers to the Kuhns family.