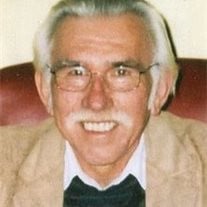 WALKERTON-(Fish Lake)-Lawrence "Larry" Malstaff, 70, passed away on Wednesday, August 29, 2012 at his home after a brief battle with cancer. Larry was born January 10, 1942, in LaPorte, to Regina (Hahn) and James Malstaff. He was preceded in death by his parents. He is survived by his four daughters; Tammie (Dan) Pudlo, Tonya Cook, Teresa Mago, all of North Liberty and Tracie (Brandon) Patrick of Walkerton; nine grandchildren, Stephanie and Allison Pudlo, Jamie and Ethan Cook, Jillian, Zachary and Matthew Mago and Austin and Ryder Patrick. Also surviving are his two brothers, Gerald (Janet) Malstaff and Gail (June) Malstaff and their families. On February 14, 1997 he married the former Judith Reading, who preceded him in death. Larry was a graduate of Walkerton High School and was retired from the construction industry. He enjoyed tending to his flowers, especially roses and had a love of watching brids. He was a member of St. Anthony's Catholic Church and the Fish Lake American Legion Post #400. A Mass of Christian Burial will take place at 11:00 a.m. (Central Time) Saturday, September 1, 2012 at St. Anthony's Catholic Church in Fish Lake. Friends may call one hour prior to the service in the Parish Hall. Burial will follow at the Woodlawn Cemetery in Walkerton. A memorial contribution may be made to The Center for Hospice and Palliative Care, 111 Sunnybrook Court, South Bend, IN 46637. Family and friends are welcome to join the family for a dinner at the American Legion in Fish Lake at 1:30 p.m. Rannells Funeral Home, Koontz Lake Chapel is handling arrangements.

WALKERTON-(Fish Lake)-Lawrence "Larry" Malstaff, 70, passed away on Wednesday, August 29, 2012 at his home after a brief battle with cancer. Larry was born January 10, 1942, in LaPorte, to Regina (Hahn) and James Malstaff. He was preceded in... View Obituary & Service Information

The family of Lawrence "Larry" Malstaff created this Life Tributes page to make it easy to share your memories.

Send flowers to the Malstaff family.