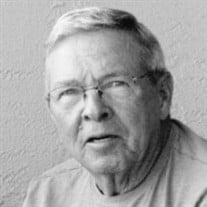 KOONTZ LAKE – Larry E. Burger of Koontz Lake passed away on Wednesday, June 1, 2022 in St. Joseph Regional Medical Center, Mishawaka following a sudden illness. He was born on December 3, 1939 in Ionia, MI to the late Floyd Burger and Ruth (Stewart) Stevenson and was 82 years-old at the time of his death. Larry married the love of his life, Patricia (Smith) Keller, on August 20, 1978 in Walkerton and they shared 43 years together. He worked at Amstutz Well Drilling in Leo, IN until he began a 31-year career with UPS where he retired as a supervisor. Larry’s love of high school sports began as the co-founder of the Leo Girls Softball League which is still thriving after more than half a century. He was actively involved with track and field at Leo High School and with AAU. Larry was involved with Oregon-Davis Jr/Sr High School basketball and track and field. He loved going on fishing trips and golfing with his son. He was also a member of the Hamlet Golf Course. Larry’s family was everything to him. He never met a stranger, and he gave much to so many. He is survived by his wife Patricia of Koontz Lake; children Sheila Burger, Audie Burger, Lori Leisey, Peggy (Larry) Bowers, and Deb (Jared) Darlington; eight grandchildren; eighteen great-grandchildren; and siblings Nancy Prather, Vicky Griffey, Linnea Scharaswak, Edward Burger, Mark Gardner, and Doug Burger. He is preceded in death by his parents; and siblings Ellen Davis, Bonnie Miller, Shirley Kill, Elaine Arntz, and Kenneth Burger. It was Larry’s wishes to be cremated. There are no services planned at this time. Memorial contributions may be made in Larry’s name to the Oregon-Davis Athletic Dept., 5990 N. 750 East, Hamlet, IN 46532.

The family of Larry E Burger created this Life Tributes page to make it easy to share your memories.

Send flowers to the Burger family.