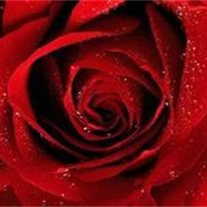 HAMLET-Kenneth A. Ross, 49, died February 20, 2013 in IU Health LaPorte Hospital, LaPorte, IN. Kenneth was born November 5, 1963 in LaPorte, IN to Kenneth E. and Patty (Dickson) Scott and lived his life in the area. On May 1, 1982 in Knox, he was married to Tammy Jefferies. Survivors include his wife, Tammy; three daughters, Cassie (David) Faverty and Shannon (Jiles Scott) Ross, all of Hamlet and Ashley (Travis) Keen of Knox; four grandchildren, Heavenly, Trinity, Brandy and Kenneth; his father, Kenneth (Doris) Ross of Hamlet; four sisters, Kathy Loftus of Hamlet, Tina Napierkowski of Plymouth, Kim Ross of Knox and Eva Ross of Knox; one step-brother, Douglas Dickson of Knox and one step-sister, Jodi Dickson of Knox. He was preceded in death by his mother, one sister, Dora Faye Ross and one step-sister, Robin Hummel. Kenneth was baptized into the Baptist faith. His grandchildren were the joy of his life. He was always the chef at family gatherings and enjoyed teaching the neighborhood kids how to work on their go-karts. He was a member of the Down-N-Under Pool League. Funeral services will be Saturday, February 23, 2013 at 2:00 p.m. (Central Time) in Rannnells Funeral Home, Hamlet Chapel. Burial will follow at Eagle Creek Cemetery, Knox. Friends may call Saturday from 11:00 a.m. until the time of services at the funeral home. In lieu of flowers, memorial contributions may be given to the American Diabetes Association.

The family of Kenneth A. Ross created this Life Tributes page to make it easy to share your memories.

Send flowers to the Ross family.