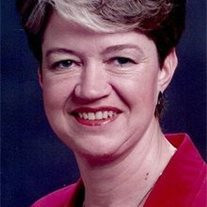 Janet R. Schoppel, 62, of Chicago, formerly Valparaiso and Hamlet, IN, died at 3:40 p.m. Monday, May 20, 2013, at Evanston NorthShore University Hospital, Evanston, IL. Janet was born November 28, 1950, in LaPorte, IN, to Beulah A. (Christoph) and Edward S. Schoppel. She graduated in 1969 from Oregon-Davis High School, Hamlet, IN. She earned a bachelor of science degree in elementary education in 1973 from Indiana State University, Terre Haute, and a master's degree in education in 1979 from Valparaiso University. She taught sixth grade from 1973 to 1978 at Oregon-Davis, and language arts from 1978 to 1981 at Porter County Schools, Valparaiso. In 1981 Jan moved to Evanston and taught at Culver Elementary in Niles, IL, before transitioning to become an international and national award-winning, senior-level, technical communications professional for information systems and software publishing. She specialized in project management and creative problem solving. Unflappable under dynamic conditions and pressure, Jan was known as a persevering and thorough individual with strong technical skills. Chicago-area organizations for whom she worked or consulted include: Microlab, Kemper Financial, Abbott Labs, Sears, Kraft, Allstate and Wilton. Jan loved to play sports, but she was especially fond of snow skiing, tennis and sailing. Willard Brown, a former teacher of Janet's, recently said that Jan was one of the best female athletes he had ever seen. When she was in eighth grade, she beat members of the LaCrosse varsity basketball team at the game 21. Her Uncle Jack was so proud, he told everyone in LaCrosse. In high school, she played on a women's semi-pro softball team, and Valparaiso Queens. She played park-league softball, golf and competitive tennis, until recently. Jan was a member of Edison Park Community United Church of Christ, Chicago; Alpha Phi International Fraternity; and a past member of the board of directors of the Lake Shore Ski Club, where she published the newsletter for 1,300 members as director of communications. She is survived by a sister, Mary Jo (and David) Finley, Plymouth, IN; two brothers, Brian (and Linda) Schoppel, Fairland, IN; and Ralph Schoppel, Ann Arbor, MI. She is also survived by two nieces: Christa Finley, Burlington, VT; and Andrea Finley, Plymouth, IN; and best friend, Alice Baehler, Skokie, IL. Jan's funeral service will be at 11 a.m. (central time) Saturday, May 25, at the Hamlet United Methodist Church, Hamlet, IN, with calling an hour before the service. Visitation will be from 4 to 8 p.m. (central time) Friday, May 24, at Rannells Funeral Home, Hamlet, IN. Burial will take place at Fletcher Cemetery Hamlet. A Celebration of Life will take place at a later date at Edison Park Community United Church of Christ, Chicago. In lieu of flowers, memorial contributions may be made to the Leukemia & Lymphoma Society, 651 W. Washington Blvd., Suite 400, Chicago, IL 60661.

The family of Janet R. Schoppel created this Life Tributes page to make it easy to share your memories.

Send flowers to the Schoppel family.