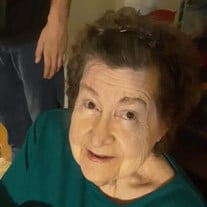 KOONTZ LAKE – Janet M. Davison passed away on Sunday, January 2, 2022 in her home following an illness. She was born on June 12, 1938 in Joliet, IL to the late Arnold D. and Janet (Scott) Faverty and was 83 years-old at the time of her death. She lived in the area since 1986 coming from Lansing, IL and was a retired Sales Associate. Janet married the love of her life, the late Leslie W. Davison Jr. on June 28, 1958 in Chicago. She was a current member of the Hamlet United Methodist Church and past member of the Grovertown United Methodist Church prior to its closing. Janet was also a member on the Indiana Bed and Breakfast Association, the Business and Professional Women’s Club in Walkerton, and formerly owned the Koontz House Bed & Breakfast with her husband Les. She was also past vice-president of the Koontz Lake Association. Janet is survived by one daughter Linda (Dennis) Croy of Plymouth; one son Leslie A. Davison of Trail Creek, IN; ten grandchildren Luke, Joshua, Amy, Caleb, Jessianna, Elli, Haddi, Kyle, Ezra, and Kaitlynn; and twelve great grandchildren. She is preceded in death by her parents; her husband; one sister Ruth Laurens; and one brother Robert Faverty. Funeral Services will be held at 1:00 CDT Friday, January 7, 2022 at the Hamlet United Methodist Church. Visiting hours will be held from Noon to 1:00 CDT Friday, January 7, also at the church. Burial will follow at Grovertown Cemetery. Memorial Contributions may be made to the Koontz Lake Library or the Hamlet United Methodist Church.

The family of Janet M Davison created this Life Tributes page to make it easy to share your memories.

Send flowers to the Davison family.