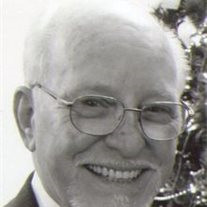 WALKERTON-James Ivan Singleton II, 72, passed away Saturday, March 23, 2013 at St. Joseph Regional Medical Center, Mishawaka, IN. Mrs. Singleton was born June 25, 1940 in Starke County, IN to Ivan and Valda (Hendricks) Singleton and lived in the area most of his life. On December 22, 1962 in Culver, IN, he was married to Nancy Jo Arndt, who preceded him in death in 2007. On January 2, 2010 in Canal Winchester, OH, he was married to Patricia Fowler. Survivors include his wife, Pat; daughter, Beth Ann (Matt) Elliott of Walkerton; son, James (Keicia) Singleton III of Walkerton; six grandchildren, Levi, Austin and Hanna Elliott, Nancy Haynes, Stephanie Weaver and Ashley Singleton; six great-grandchildren, Jason, Carson, Gage, JoJo, Jacob and Trent; step-sons, Tracy, Randy and Cary Fowler; sisters, Ida Robinson and Velma Phenis, both of Walkerton and Glenna Hahn of North Judson and brother, Lawrence Singleton of Koontz Lake. He was preceded in death by his parents; his first wife, Nancy Jo; daughter, Doris Marie; brother, George Singleton and sisters, Ramona Everly, Doris Singleton and Phyllis Singleton. Mr. Singleton was a 1958 graduate of Grovertown High School. He was a retired pastor with the Bible Baptist Church of Plymouth and was the former pastor of the Liberty Baptist Church, Liberty, IN for sixteen years. He was a U.S. Air Force veteran, a former member of the Teamsters' Union of Chicago and a member of the Bible Baptist Church of Plymouth and the Kentucky Colonels. Funeral services will be Saturday, March 30, 2013 at 12:00 Noon (Eastern Time) in Rannells Funeral Home, Koontz Lake Chapel. Burial will follow at the Fletcher Cemetery, Hamlet with military graveside services being conducted. Friends may call Friday at the funeral home from 4:00 p.m. to 8:00 p.m. ET and Saturday one hour prior to the service. Memorial contributions may be given to Missions, C/O Grace Baptist Church, Plymouth.

The family of James Ivan Singleton II created this Life Tributes page to make it easy to share your memories.

Send flowers to the Singleton family.