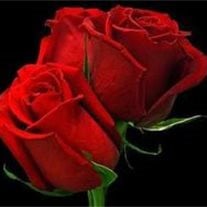 KNOX-James R. Parker, 62, passed away Sunday, January 18, 2015 in his home. James was born December 24, 1952 in Phoenix City, AL and has lived in the area for 20 years, coming from Chicago. On October 28, 1979 in Springfield, TN, he was married to the former Linda Tipping, who survives. Also surviving are three children, Nicole (Justin Miller) Parker, Joshua (Jamie Ranson), and Erin Earnest, all of Knox; and four grandchildren, Logan, Cory, Nevaeh, and Skyaira. He was preceded in death by her parents, James Parker and Gloria Trogdon. A celebration of life service will be held on Monday, January 26, 2015 at 7:00 p.m. (Central Time) in Rannells Funeral Home, Hamlet Chapel. A gathering with the family will be held Monday, from 4:00 p.m. to 7:00 p.m. at the funeral home.

The family of James R. Parker created this Life Tributes page to make it easy to share your memories.

Send flowers to the Parker family.