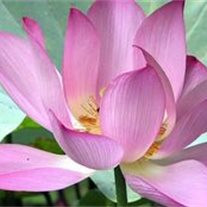 HAMLET-Helen L. Cooley, 93, passed away Tuesday, October 29, 2013 in Wintersong Village, Knox, IN. Helen was born July 25, 1920 in Iowa to Roscoe and Dora (Murphy) Thompson and lived in the area since 1937. On March 16, 1938 in Winamac, IN she was married to Harold Cooley, who preceded her in death. She was also preceded in death by her parents; one daughter, Beverly; two sons, Donald and Robert; two grandsons and one brother. Surviving are seven children, Earl Dean (Lucy) Cooley of Merritt Island, FL, Kenneth (Emily) Cooley of LaPorte, Shirley (Myron) Brown of Knox; James Cooley of Hamlet, Eileen Cooley of Warsaw, Gerald (Vicki) Cooley of Knox and Dennis (Kathy) Cooley of Hamlet; many grandchildren, great-grandchildren and great-great grandchildren and one sister, Janice (Gene)Cookston of DeMotte. Helen was a former employee of Melco Truck Stop. She was a member of the Hamlet United Methodist Church and was very active in many civic events in Hamlet including being the Grand Marshal of the Yellowstone Festival Parade. She loved to visit with everyone who stopped by. Funeral services will be Saturday, November 2, 2013 at 2:00 p.m. Central Time at Rannells Funeral Home, Hamlet Chapel. Burial will follow at the Fletcher Cemetery, Hamlet. Friends may call Friday from 4:00 p.m. to 8:00 p.m. and Saturday after 12:00 noon at the funeral home. In lieu of flowers, memorial contributions may be given to the Starke County Food Pantry.

The family of Helen L. Cooley created this Life Tributes page to make it easy to share your memories.

Send flowers to the Cooley family.