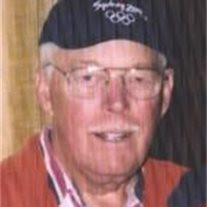 NORTH LIBERTY-Glen J. Zellers, 83 passed away Sunday, June 13, 2010 in Millers Merry Manor, New Carlisle, IN. Mr. Zellers was born November 30, 1926 in Winamac, IN to Glen J. and Janice (Dennis) Zellers and lived in the area most of his life. On October 14, 1951 in Mishawaka, IN he was married to Louise M. Cole. Survivors include his wife, Louise; daughter, Linda (Pat) Chenoweth of South Bend; three sons, Gary Zellers of South Bend, Mark (Carol) Zellers of Walkerton and Kent (Tracy) Zellers of Granger; daughter-in-law, Donna (Don) Peverelle of Plymouth; Grandchildren, Adam (Molly) Chenoweth, Heather Chenoweth, Jessica (Charles), Joshua, Luke and Veronica Zellers and Kevin and Ashley Peverelle; great-grandchildren, Brooklyn and C.J., two brothers, Donald (Sis) Zellers of North Liberty and Robert (Vera) Zellers of North Liberty; two sister-in-laws, Janet (Damon) Nicholas of North Liberty and Rose Zellers of Mishawaka and many nieces and nephews. He was preceded in death by one son, Kirby Zellers and two brothers, Richard and Dean Zellers. Mr. Zellers was a former manager of HiDeHo Truck Stop in Grovertown. He was a U.S. Navy Veteran of WWII. Glen enjoyed fishing, painting and he was an avid gardener and nature lover. He loved most of all spending time with his family. The family would like to thank Millers Merry Manor, New Carlisle and Harbor Light Hospice for their loving care. Funeral services will be Thursday at 11:00 a.m. (Eastern Time) at Beaver Creek Wesleyan Church of North Liberty with Pastor Steven Cunnington officiating. Burial will be at the Westlawn Cemetery, North Liberty, where military graveside services will be conducted. Friends may call Wednesday from 5-9 p.m. ET at Rannells Funeral Home, Koontz Lake Chapel and Thursday at the church after 10:00 a.m. until the time of services. Memorial contributions may be given to the church.

NORTH LIBERTY-Glen J. Zellers, 83 passed away Sunday, June 13, 2010 in Millers Merry Manor, New Carlisle, IN. Mr. Zellers was born November 30, 1926 in Winamac, IN to Glen J. and Janice (Dennis) Zellers and lived in the area most of his life.... View Obituary & Service Information

The family of Glen J. Zellers created this Life Tributes page to make it easy to share your memories.

Send flowers to the Zellers family.