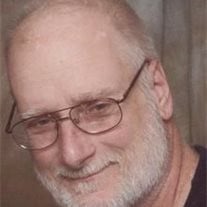 KNOX-Floyd S. "Junior" Earnest Jr., 64, passed away Saturday, December 20, 2014 of a sudden illness in IU Health Starke Hospital, Knox, IN. Floyd was born April 19, 1950, in LaPorte, IN, to Floyd and Inez (Osborne) Earnest Sr. and lived in the area all of his life. He was a self-employed truck driver, he attended the True Vine Church of North Judson, and he loved his trucks. On June 27, 1972, in Winamac, IN, he was married to the former Linda Adams, who survives. Also surviving are four children, Melissa Earnest of Bartletsville, OK, Trisha (Robert) Legac of Knox, Floyd "Bub" Earnest III of Knox, and Elliott (Erin) Earnest of Knox; seven grandchildren; two great-grandchildren; three brothers, Larry (Peggy) Earnest of Ober, Steve (Hazel) Earnest of Knox, and Mike Earnest of Knox; and two sisters, Brenda (Terry) McDaniel of Knox and Linda Jacobs of Shelby Twp. MI. He was preceded in death by his parents; one brother, Terry; and one sister, Peggy. Funeral services will be Saturday, December 27, 2014 at 11:00 a.m. CT in Rannells Funeral Home, Hamlet Chapel. Burial will follow at Crown Hill Cemetery, Knox. Friends may call Friday from 4:00 p.m. to 8:00 p.m. and Saturday one hour prior to the service at the funeral home. Memorial contributions may be given to the family to help with funeral expenses.

The family of Floyd "Junior" Earnest created this Life Tributes page to make it easy to share your memories.

Send flowers to the Earnest family.