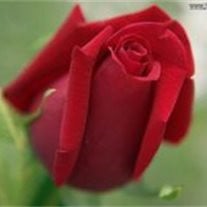 KNOX-Evelyn Marsh, 88, of Leesburg, Fl, formerly of Knox, passed away Easter Sunday, April 24, 2011 in her home in Florida. Mrs. Marsh was born February 28, 1923 in Chicago, IL to George and Emma (Mau) Wunderlick. On March 5, 1940 in LaPorte, IN she was married to Mervin Marsh who preceded her in death in 1985. She was also preceded in death by her parents, one son, Garland, one grandchild, one great-grandchild, three brothers and one sister. Survivors include two sons, Ralph (Sue) Marsh of Leesburg, FL and George Marsh of Terre Haute; three daughters, Marilyn Rzonca of Lake Worth, FL, Evelyn (Bruce) Nevins of Leesburg, FL and Joan (John) McGrath of Knox; fifteen grandchildren; thirty-five great-grandchildren; nineteen great-great grandchildren; two sisters, Jean Dumas of AZ and Loretta Rarick of Warsaw and one daughter-in-law, Carolyn Sue Marsh of Lake Worth, FL. Mrs. Marsh was the co-owner of Marsh Refrigeration and Riverside Dairy. Funeral services will be Monday at 1:00 p.m. (Central Time) at Rannells Funeral Home, Hamlet Chapel with Pastor John Cargo officiating. Burial will be at the Crown Hill Cemetery, Knox. Friends may call Monday from 11:00 a.m. to 1:00 p.m. at the funeral home. In lieu of flowers, memorial contributions may be given to hospice of the donor's choice.

The family of Evelyn Marsh created this Life Tributes page to make it easy to share your memories.

Send flowers to the Marsh family.