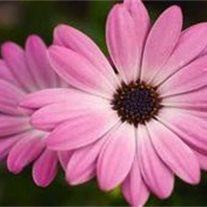 WALKERTON-Dorothea McQuisten, 90, passed away Monday, August 13, 2012 at St. Joseph Regional Medical Center, Plymouth. Dorothea was born December 20, 1921 in Cedar Rapids, Iowa to Elmer and Lorvene (Lavelle) Jacobsen and lived in the area for 36 years, coming from Calumet City, IN. On December 12, 1970 in North Liberty, IN, she was married to Arthur McQuisten who preceded her in death in 1981. She was also preceded in death by her parents, one daughter, Diane and one brother, Gene Jacobsen. Survivors include: three daughters, Caroline "Cookie" Kaser of Walkerton, Mary Rasler of Ft. Wayne and Melissa McCartney of Plymouth; three sons, Charles "Butch" Miller of LaPaz, Terrance Miller of Missouri and Michael Miller of Louisiana; 22 grandchildren; 43 great-grandchildren and many great-great grandchildren. Dorothea was a former employee of American Home and Foods, LaPorte. Funeral services will be Thursday at 11:00 a.m. (Central Time) in Rannells Funeral Home, Koontz Lake Chapel. Burial will be at the Grovertown Cemetery. Friends may call Wednesday from 6:00 to 8:00 p.m. and Thursday after 10:00 a.m. until the time of services. In lieu of flowers, memorial contributions may be given to The Center for Hospice & Palliative Care, 111 Sunnybrook Court, South Bend, IN 46637.

The family of Dorothea McQuisten created this Life Tributes page to make it easy to share your memories.

Send flowers to the McQuisten family.