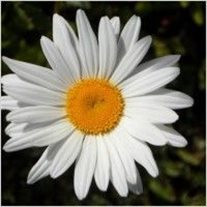 CULVER-Doris R. Conley, 84, passed away Sunday, August 10, 2014 in Millers Merry Manor, Culver, IN. Doris was born May 11, 1930 in Rising Fawn, GA to Odell and Minnie (Partridge) Phillips. On February 21, 1948 in Rising Fawn, GA she was married to Lelton Franklin Williams, who preceded her in death. On August 30, 1988 in Knox, IN she was married to Lacy Conley, who preceded her in death. She was also preceded in death by her parents; one great-grandchild; and one brother. Survivors include three daughters, Patricia Salyer of Culver, Wanda Fleury of Monterey, and Doris Earl of Oak Ridge, TN; six grandchildren, Sharry Russell, Donnie Webber Jr., William Russell, Shane Seidner, Lora Robinson, and Shanna Constant; 11 great-grandchildren; one great-great-grandchild; one sister, Audrey Jacks of Rochester; and special friend, Ron Sischo. Doris was a retired CNA. She attended the Gospel Lighthouse Church of Delong. Funeral services will be Thursday, August 14, 2014 at 1:00 p.m. (Eastern Time) at the Gospel Lighthouse Church of Delong. Burial will follow at the I.O.O.F. Cemetery, Monterey. Friends may call Thursday at the church from 11:00 a.m. to 1:00 p.m. ET. Rannells Funeral Home, Hamlet Chapel is handling arrangements.

The family of Doris R. Conley created this Life Tributes page to make it easy to share your memories.

Send flowers to the Conley family.