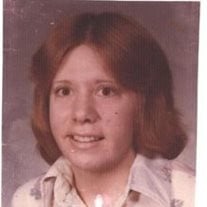 KOONTZ LAKE-Donna Lynn (Relos) Noble, 49, was born on August 17, 1960 in South Bend, Indiana to Robert D. and Carol Relos. She graduated from John Glenn High School in 1979. On May 1, 1980, Donna Relos and Michael Noble were united in marriage. They had one daughter, Elizabeth Lynn Noble. In addition to being very close as mother and daughter, Donna and Liz did just about everything together, much like sisters might do. Donna had many friends and Pen Pals and loved her family dearly. She was a wonderful mother, daughter and wife and will be greatly missed. She was very caring and generous and would give you the shirt off of her back if you needed it. At one time, Donna was employed by Millers Merry Manor and also worked for the Oregon-Davis School Corp. In more recent years, she was involved in Hospice Walks and fundraisers for the Humane Society. As a young girl, Donna loved horses and ponies and as she grew older, that love spread to include all animals. She and Liz adopted a dog they named Moose and a cat named Sierra from the Humane Society. She and Liz also volunteered their time helping with the Walkerton Food Pantry. She attended St. Patricks Church in Walkerton. She was preceded in death by her brothers, Robert W. Relos and Thomas Relos and her mother, Carol Noble. She is survived by her husband, Michael Noble, daughter, Elizabeth Noble and father, Robert D. Relos. Funeral services will be Monday , June 28, 2010 at 11:00 a.m. (Central Time) at Rannells Funeral Home, Koontz Lake Chapel with Rev. Father Michael Winkowski officiating. Donna will be laid to rest at Oak Lawn Cemetery in Plymouth, Indiana. Friends may call Sunday from 2:00 to 6:00 p.m. and Monday one hour prior to the service at the funeral home. In lieu of flowers, memorial contributions may be made to The Center for Hospice & Palliative Care, 112 S. Center St., Plymouth, IN 46563 or to the Walkerton Food Pantry.

KOONTZ LAKE-Donna Lynn (Relos) Noble, 49, was born on August 17, 1960 in South Bend, Indiana to Robert D. and Carol Relos. She graduated from John Glenn High School in 1979. On May 1, 1980, Donna Relos and Michael Noble were united in marriage.... View Obituary & Service Information

The family of Donna Lynn Noble created this Life Tributes page to make it easy to share your memories.

Send flowers to the Noble family.