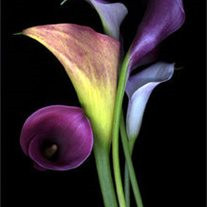 LAPORTE-Darl C. Marshall, 78, passed away Friday, March 22, 2013 in his home. Mr. Marshall was born November 5, 1934 at Silver Lake, IN to Ausben and Fannie (Back) Marshall and lived in the area most of his life. On June 1, 1955 in North Judson, he was married to Jeannette Rutz, who preceded him in death in 1999. On July 29, 2000, he was married to Ruth (Alfman)Faulkenberg, who survives. Also surviving are five sons, Gary Michael Marshall of Denham, Gerald (Lisa) Marshall, David (Recy) Marshall and Rory (Sheryl) Marshall all of LaPorte and Robert (Deborah) Marshall of Union Mills; one daughter, Amy (Jeffery) Morris of Kingsford Heights; fourteen grandchildren; twelve great-grandchildren; two step-sons, Danny Faulkenberg of South Bend and Chuck Faulkenberg of LaPorte and three step-daughters, Veronica Cook of Florida, Peggy Mussman and Tina Tucker, both of LaPorte. He was preceded in death by his former wife, Jeanette; one grandchild; one great-grandchild and nine brothers and sisters. Mr. Marshall was a former employee of Cryotech Liquid Carbonic of North Judson. He was a past member of the Free Will Baptist Church of Denham and a veteran of the Korean Conflict. He enjoyed riding horses, playing guitar, being outdoors and his family and also worked as an auto and truck mechanic. Funeral services will be Tuesday, March 26.2013 at 11:00 a.m. (Central Time) in Rannells Funeral Home, Hamlet Chapel. Burial will follow at the Highland Cemetery, North Judson. Friends may call Monday from 4:00 to 8:00 p.m. and Tuesday from 9:00 a.m. until the time of services at the funeral home.

The family of Darl C. Marshall created this Life Tributes page to make it easy to share your memories.

Send flowers to the Marshall family.