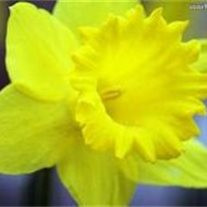 KNOX-Daniel B. Berg, 53, passed away Friday, March 23, 2012 in IU Health LaPorte Hospital, LaPorte, IN. Mr. Berg was born March 15, 1959 in Knox, IN to Edward and Helen (Dommer) Berg and lived in the area all of his life. On October 21, 1989 in Hamlet, he was married to the former Pamela Sims. Surviving are: his wife, Pam; one son, Daniel Berg II of Knox; one step-son, Tom (Jessica) Alexander II of Knox; one grandson, Ethan Alexander of Knox; three brothers, Wayne Berg of Walkerton, Ed (Teresa) Berg of Wayne, OH and Ted (Lee) Berg of Kyle, TX; four sisters, Helen (Frank) Stone of Orland Park, IL, Bette (Charles) King of Knox, Mary (David) Aquino of Hamlet and Janice Elerson of Elyria, OH and numerous nieces and nephews. He was preceded in death by his parents and six brothers. Funeral services will be Wednesday, March 28, 2012 at 11:00 a.m. (Central Time) at St. Matthew Lutheran Church, Hamlet with Pastor Kyle Wright officiating. Burial will be at the Fletcher Cemetery, Hamlet. Friends may call Tuesday from 5:00 to 8:00 p.m. at Rannells Funeral Home, Hamlet Chapel and Wednesday at the church after 10:00 a.m. until the time of services. To leave online condolences go to rannellsfuneralhome.com.

The family of Daniel B. Berg created this Life Tributes page to make it easy to share your memories.

Send flowers to the Berg family.