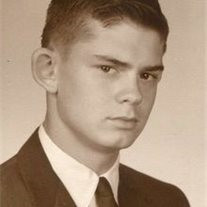 Dale A. Rosander, 64, of Koontz Lake, died on Wednesday morning, February 23, 2011, in his home surrounded by his wife, daughters, sister and a few loving and caring friends that made his tough journey easier. He was born October 14, 1946, in Grovertown, to Carl Eric and Victoria (Peterson) Rosander. Survivors include his wife, Shirley; daughters, Lisa (Ken) Thomalla of Palos Park, IL, and Tami (Todd) Miller of St. John, IN, sister, Eleanor (Carl “Greasy”) Harness of Grovertown; six grandchildren, Morgan, Madeline, Mason & Makayla Thomalla and Carson & Lauren Miller; nine step-children and many step-grandchildren and step-great-grandchildren. He was preceded in death by his parents; three brothers, Carl, Delbert and Ronald “Worm” Rosander; and an infant sister, Janet Rosander. In August 1966, in Donaldson, he married the former Jean Muska. On March 19, 1992, he married the former Shirley Giles in Tyner. Shirley has been supportive, loving, caring and a wonderful cook. Together they enjoyed camping and spending time with their many friends. Dale worked at Commercial Honing in Hamlet until it closed, in Detroit with M & M Contracting, and most recently Masonite Door Company in Walkerton where he was a foreman. He was also skilled as a commercial and residential painter. He was a U.S. Army Veteran, a member of the American Legion Post 365 in North Liberty, and was an avid hunter, fisherman and gardener. He planted every seed available, including 100 tomato plants each year. Dale was a graduate of the first Oregon-Davis class in 1964, a consolidation of Hamlet and Grovertown schools. He was an all sports athlete and was a participant in sports that brought many firsts in both cross country and track. He was a member of the O-D Basketball Team that brought fame to the small school throughout his high school years. The baskets Dale made from the right corner of the court led the team to steady victories. As seniors they lost their only game in the sectional second round to a much larger school. Many members of that team are still close friends today. Dale also played softball in Plymouth Leagues, always at third base, with a high batting average, until the age of 37. He was an avid football, baseball, basketball fan and a #1 Cubs fan. He also had a precise aim that led him to many horseshoe tournament victories. In later years, his grandchildren were the apples of his eye. He loved going to their sporting events, family holidays, and special visits with them all. He will be missed by all that knew and loved him. Funeral services will be Sunday at 1:00 p.m. Central Time at Rannells Funeral Home, Koontz Lake Chapel, with Pastor Brian Baughman officiating. Burial will be at the Grovertown Cemetery. Friends may call Saturday from 4-8 p.m. CST and Sunday one hour prior to the service at the funeral home. In lieu of flowers, memorial contributions may be made to SJRMC-Plymouth Cancer Institute, % Foundation of SJRMC, 837 E. Cedar St., Suite 350, South Bend, IN 46617.

Dale A. Rosander, 64, of Koontz Lake, died on Wednesday morning, February 23, 2011, in his home surrounded by his wife, daughters, sister and a few loving and caring friends that made his tough journey easier. He was born October 14, 1946, in... View Obituary & Service Information

The family of Dale A. Rosander created this Life Tributes page to make it easy to share your memories.

Dale A. Rosander, 64, of Koontz Lake, died on Wednesday morning,...