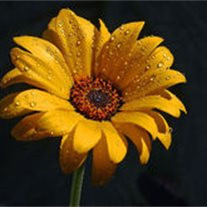 BOURBON-Charles E. Dollahan Sr., 52, passed away Thursday, December 13, 2012 at St. Joseph Regional Medical Center, Plymouth. Mr. Dollahan was born February 20, 1960 in Knox, IN to Jerald and Estella (Heims) Dollahan and lived in the area all of his life. On February 20, 1993 in North Judson, IN, he was married to Laurie Lowry, who preceded him in death in 2004. On June 2, 2007 in Bourbon, IN, he was married to Yvonne Snyder, who survives. Survivors include: his wife, Yvonne; three sons, Charles Jr., and Mykie, both at home and Uriah Diemer of Kentucky; two daughters, Lindsey (Peter) Farkas of South Bend and Aimee Nguyen of Kentucky; seven grandchildren; sisters, Martha (Rich) Fosler of Koontz Lake, Betty (Joe) Adkins of Teegarden, Candy (Larry) Plummer of Koontz Lake, Dolly (Denny) Bailey of Delphi, Margaret (Ed) Kean of Plymouth and Estella McEndorfer of Koontz Lake and brothers, Sam (Dana) Dollahan of Koontz Lake, Richard Dollahan of Grovertown and Jerry (Marty) Dollahan of Koontz Lake. He was a former employee of Larsen Danielson, LaPorte. Funeral services will be Monday at 1:00 p.m. (Eastern Time) at Rannells Funeral Home, Koontz Lake Chapel with Pastor Mark Fishburn officiating. Burial will be at the Fletcher Cemetery, Hamlet. Friends may call Sunday from 4:00 p.m. to 8:00 p.m. ET and Monday one hour prior to the service at the funeral home.

The family of Charles E. Dollahan, Sr. created this Life Tributes page to make it easy to share your memories.

Send flowers to the Dollahan, family.