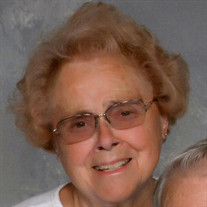 KOONTZ LAKE-Carolyn Ruth Shaffer (Herbold), passed away late-morning on Monday, December 9, 2019 at the age of 84. Carolyn was born to Louis and Myrtle Herbold in Chicago, Illinois. While Chicago is where she was born and raised, she developed a love for Koontz Lake, Indiana at a young age. Carolyn’s parents began taking her to Koontz Lake for weekends, holidays and summer vacations beginning at age five. Carolyn was privileged to spend the last 62 years married to the love of her life, Richard. The couple were married in Chicago on October 19, 1957. After their wedding, the two moved to Koontz Lake to build a life together and raise a family. In addition to being a wife and mother of two children, Carolyn was actively involved at the First Presbyterian Church of Walkerton. Here she served as an active member, financial secretary, elder and devoted volunteer for their Mission Thrift Shop. Over the years, Carolyn enjoyed being a member of the Koontz Lake Homemaker’s Club, working as the secretary for the North Liberty United Methodist Church and running her own income tax service out of her home. We remember her as having a lifetime love of birds, cats, flowers and having her husband take her on pontoon boat rides around the lake. Carolyn was preceded in death by her father and mother, Louis and Myrtle (Bock) Herbold; sister, Esther Scanlon (Herbold); and in-laws, Joseph and Rose Shaffer. She is survived by her loving husband, Richard Shaffer; two children, Philip (Patty) Shaffer and Joanne (Chuck) Schnekenburger (Shaffer); four grandchildren, Eric Shaffer, Kayla (Kolton) Skaggs (Schnekenburger), Chelsea Shaffer and Carl Schnekenburger. Funeral services will be Friday, December 13, 2019 at 11:00 a.m. EST at the First Presbyterian Church of Walkerton. Burial will follow at the Grovertown Cemetery. Visitation will be Thursday from 4:00 p.m. to 8:00 p.m. EST at Rannells Funeral Home, Koontz Lake Chapel and Friday at the church one hour prior to the service. In lieu of flowers, memorial contributions may be given to the church.

KOONTZ LAKE-Carolyn Ruth Shaffer (Herbold), passed away late-morning on Monday, December 9, 2019 at the age of 84. Carolyn was born to Louis and Myrtle Herbold in Chicago, Illinois. While Chicago is where she was born and raised, she developed... View Obituary & Service Information

The family of Carolyn R. Shaffer created this Life Tributes page to make it easy to share your memories.

Send flowers to the Shaffer family.