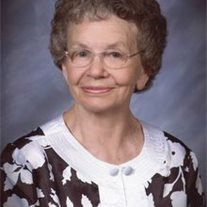 HAMLET-Carol Ann (Krausbeck) Huhnke, 80, was called to eternal rest by her Savior Jesus Christ and died peacefully with her children by her side on Thursday, February 16, 2012 at IU Methodist Hospital, Indianapolis, following a sudden illness. Survivors include four sons and one daughter, two grandchildren and one brother. Her children are Karl (Mary) Huhnke of Three Rivers, MI, Linda (Jerry) Cook of Muncie, David Huhnke of Lafayette and Erik (Missi) Huhnke of Rolling Prairie, (Christopher and Casey Marie-children), and Dale Huhnke of Hamlet; brother, John (Irene) Krausbeck of Valparaiso and numerous nieces and nephews. She was preceded in death by her husband, Merle; sister, Fay Marie and her husband, Bob Elliott of Wabash and her parents, Earl and Gladys Krausbeck of North Judson. Carol was born on September 15, 1931 in Bedford, IN to Earl and Gladys (Cook) Krausbeck. She graduated from Bedford High School in 1949. She then studied nursing at Methodist Hospital in Indianapolis and received her RN in 1952. On June 3, 1956, she married Merle Huhnke of Hamlet at the Methodist Church in North Judson, IN. Carol enjoyed going to all of her kids' events when they were in high school and college as well as traveling with them to county and state fairs when they were in 4-H. She was an avid reader. She also enjoyed going to Purdue football games in the fall and traveled to several bowl games. She liked going to Europe and she kept in touch with her family in Germany. Carol was a member of the Hamlet Lions Club for over 20 years and was a past-president. Her husband, Merle, was the Lion's District-25A Governor in 1964 and she accompanied him to numerous district, state and international conventions. She was a member of one of the Starke County Home Economics clubs and a member of DAR. Carol also supported Starke County 4-H and belonged to John Purdue Club. Carol prided herself in the work place where she was a registered nurse for over 50 years at Starke Memorial Hospital, Knox and LaPorte Hospital. She retired in 1996. She would attend her Methodist Hospital class reunions regularly. Funeral services will be Monday, February 20, 2012 at 10:30 a.m. (Central Time) at St. Matthew Lutheran Church of Hamlet with Pastor Kyle Wright officiating. Burial will be at the Walkerton Woodlawn Cemetery. Friends may call Sunday from 3:00 p.m. to 8:00 p.m. at Rannells Funeral Home, Hamlet Chapel and Monday at the church after 9:30 a.m. Memorial contributions may be given to the church or the Hamlet Lions Club.

HAMLET-Carol Ann (Krausbeck) Huhnke, 80, was called to eternal rest by her Savior Jesus Christ and died peacefully with her children by her side on Thursday, February 16, 2012 at IU Methodist Hospital, Indianapolis, following a sudden illness.... View Obituary & Service Information

The family of Carol Ann Huhnke created this Life Tributes page to make it easy to share your memories.

Send flowers to the Huhnke family.