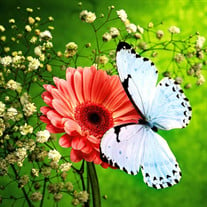 PLYMOUTH – Betty H. Schillig, 91, passed away peacefully on Friday, June 5, 2020 in her home after being diagnosed two weeks prior with pancreatic cancer. Betty was born on December 6, 1928 to Edwin and Julia Hartmann and was raised in Chicago. Growing up Betty lived across the street from her high school sweetheart, Louis. Lou joined the Navy while Betty was still in high school and he would drive home from Great Lakes Naval Base for home cooked meals and to see Betty. On September 26, 1953 Betty and Lou were married and spent 64 wonderful years together. After high school, and prior to children, she worked for Peoples Gas Light and Coke in downtown Chicago. She also did some modeling and was featured in several Peoples Gas advertisements for their appliances. In 1963, Betty and Lou purchased a home on Koontz Lake after visiting friends who also had a home on the lake. In 2010, they moved from Chicago and became full-time residents in the rural Plymouth area and still maintained their lake home. Betty was a homemaker and was talented in everything she did, including her flower gardens and attracting hummingbirds by the dozen. Her true hobby was knitting, and she always had a supply of gifts for her friends’ children or grandchildren. No project was too big for her to knit. She was also naturally talented at cooking. She always had a variety of cookies on the counter, was a queen at pies and preferred to make from scratch meals like chop suey, BBQ ribs and melt-in-your mouth ham. Betty is survived by her son, Scott Schillig; daughter, Sandi (Jeff) Zehner; grandchildren, Sgt. Michael (Leandra) Zehner and Julia (Corporal David) Walsh; and nephew, Jim (Kathi) Schillig. Betty always cherished and enjoyed spending time with her grandchildren, whether at the lake or just visiting in general. She was very proud of both of them and looked forward to meeting her first great grandson in July. Betty stayed in touch with several high school friends through the years. Although many have passed before her, she still conversed frequently with her best friend, Jean Schuberth, as the two were just like sisters. Betty was preceded in death by her husband, Lou, and her parents, Edwin and Julia (Stroner) Hartmann. Funeral services will be Friday, June 12, 2020 at 11:00 a.m. EDT at St. Patrick's Church, Walkerton, Indiana. Visitation will be Thursday, June 11, 2020 at Rannells Funeral Home, Koontz Lake Chapel from 5:00 p.m. to 8:00 p.m. EDT. In lieu of flowers, memorial contributions may be given to The American Cancer Society or Center for Hospice, www.cfhcare.org. To leave online condolences, visit rannellsfuneralhome.com. Due to social distancing requirements no more than 50 people can be inside either the funeral home or church at one time. Facemasks are required at the church.

PLYMOUTH &#8211; Betty H. Schillig, 91, passed away peacefully on Friday, June 5, 2020 in her home after being diagnosed two weeks prior with pancreatic cancer. Betty was born on December 6, 1928 to Edwin and Julia Hartmann and was raised in... View Obituary & Service Information

The family of Betty H. Schillig created this Life Tributes page to make it easy to share your memories.

Send flowers to the Schillig family.