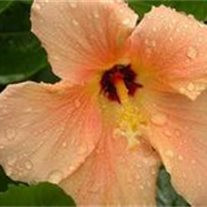 HAMLET-Betty J. McCord, 81, passed away February, 20, 2012 in Pilgrim Manor, Plymouth, IN. Mrs. McCord was born March 30, 1930 in Winamac, IN to Harold and Iris (Kersey) Shannon and lived in the area all of her life. On August 23, 1974 in Hamlet, IN she was married to Dale McCord, who survives. Also surviving are one daughter, Paulette Park of Monterey; one step-daughter, Susan (Richard) Sandberg of Michigan City; five grandchildren, Connie Park, Christy Sandberg, Rebecca Locke, Kimberly Fogus and Rachel Jackson; six great-grandchildren, Jessi, Dale, J.R., Willa, RaeAnne and Judith; three sisters, Janet Willis, Judy (George) Stimeteze and Joan (Bob) Ryder and one brother, Jack (Brenda) Shannon. She was preceded in death by her parents; one step-daughter; one sister and one brother. She was co-owner of Dale's Garage and a member of the Davis Wesleyan Church. Funeral services will be Friday, February 24, 2012 at 9:30 a.m. (Central Time) in Rannells Funeral Home, Hamlet Chapel. Friends may call Thursday from 3:00 p.m. to 7:00 p.m. and Friday after 8:30 a.m. at the funeral home. A graveside service will be held Friday at 3:00 p.m. (Eastern Time) at the K. of P.-I.O.O.F. Cemetery in Frankton, IN.

The family of Betty J. McCord created this Life Tributes page to make it easy to share your memories.

Send flowers to the McCord family.