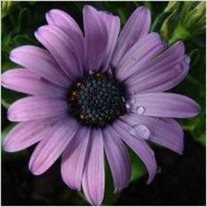 Knox - Arlie Noble, 60, passed away Sunday, January 26, 2014 at his home. Arlie was born April 12, 1953 in Jackson, KY to Hiram and Kansa (Noble) Noble Sr. and lived in the area for 57 years, coming from Jackson, KY. In June of 1993 in Knox, IN, he was married to the former Marilyn Howard. Survivors include his wife Marilyn of Tennessee; five step-children, Kenny Kotras and Brandie Kotras, both of Knox, Kyle Kotras of Michigan City, Chris Kotras of LaPorte and Travis Hasting of Tennessee; four brothers, Allen Noble of North Judson and Ed, Hiram Jr. and Virgil Noble, all of Knox; and three sisters, Geraldine Wright of Bremen, Vivian Miller of Jackson, KY and Glenna Smith of Knox. He was preceded in death by his parents; brother, Clay; and sister, Winnie. Arlie was a former employee of New York Blower in LaPorte and a member of the Twin Bridges United Baptist Church of Toto. Funeral services will be Friday, January 31, 2014 at 12:00 p.m. (Central Time) in Rannells Funeral Home, Hamlet Chapel. Burial will follow at the Oak Park Cemetery, Knox. Friends may call Friday from 10:00 a.m. to 12:00 p.m. CT at the funeral home. In lieu of flowers, memorial contributions may be given to a local food pantry.

The family of Arlie Noble created this Life Tributes page to make it easy to share your memories.

Send flowers to the Noble family.