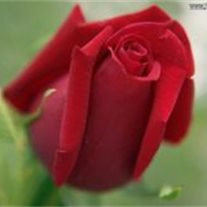 GROVERTOWN-Anna M. "Ann" Keltz, 74, passed away Tuesday, January 1, 2013 in St. Joseph Regional Medical Center, Plymouth. Mrs. Keltz was born September 24, 1938 in Walkerton, IN and lived in the area all of her life. On November 22, 1958 in Plymouth, IN, she was married to Richard Keltz, who survives. Also surviving are: two daughters, Dian Wise of Michigan and Beth Browning of Grovertown; five grandchildren; eight great-grandchildren; four brothers and sisters, Betty Siroky of Pompano Beach, FL, John Meadows of Hamlet, Les Meadows of Grovertown and Arlene Abiney of LaPorte and dear friend, Lee Emmons of Plymouth. She was preceded in death by her mother, Sadie, one sister, Mona Varga and two brothers, Gene and Jim Meadows. Mrs. Keltz was a former employee of Masterson Reality in Plymouth. She attended the Grovertown United Methodist Church and loved her family and traveling. A Celebration of Life will be held Saturday, January 5, 2013 at 12:00 Noon (Central Time) at the Grovertown Conservation Club. Rannells Funeral Home, Hamlet Chapel is handling arrangements.

The family of Anna "Ann" Keltz created this Life Tributes page to make it easy to share your memories.

Send flowers to the Keltz family.